The GTHL and indeed, the entire hockey community, is mourning the loss of former GTHL President John Gardner.

John was born in Toronto in 1938.  He was predeceased by his father Loris (Windsor, ON) and mother Frances (Hopewell Hill, N.B.) and will be sadly missed by his extended family from his beloved New Brunswick, by his G.T.H.L. family and by so many in the hockey community.

John attended the University of New Brunswick in 1962 where he was a member of its varsity hockey team and coach of its junior varsity Maritimes’ intercollegiate champions. 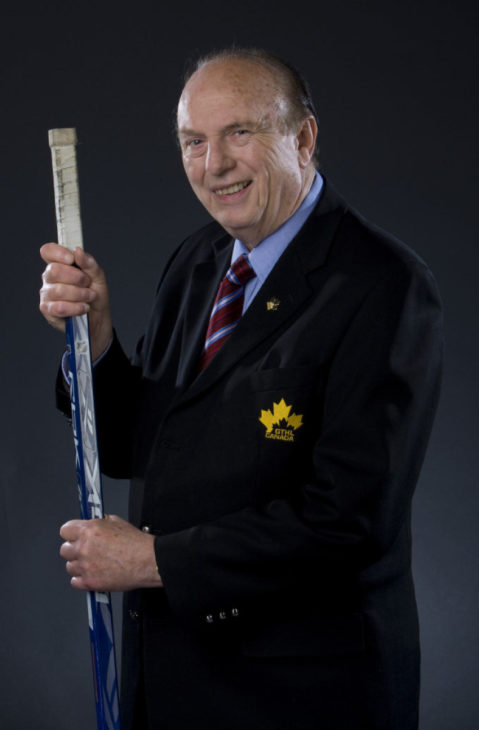 John was first elected to the MTHL (the predecessor of the GTHL) in 1975.  In 1980 he became the youngest President in the history of the MTHL and remained in that position until his retirement in 2015.  During his tenure in this volunteer position, he was available by phone, or in person, to parents, players, officials, organization executives and the media 24 hours a day, seven days a week.  He worked tirelessly year-round to raise the game’s profile while at the same time making it safer and better for the children and youth.  He has also served as a Director of the OHA, when it was the Hockey Canada Branch for Ontario, of the Ontario Hockey Federation and, from 1999-2006, as Chair of Minor Hockey for the OHF, a post he previously held with the OHA. That position allowed him, as a long-time member of Hockey Canada’s Minor Council, to share his vast hockey knowledge and wisdom with people from across Canada.  John also chaired two Hockey Canada committees: one dealing with residency regulations, and the other dealing with entrepreneurs within minor hockey. 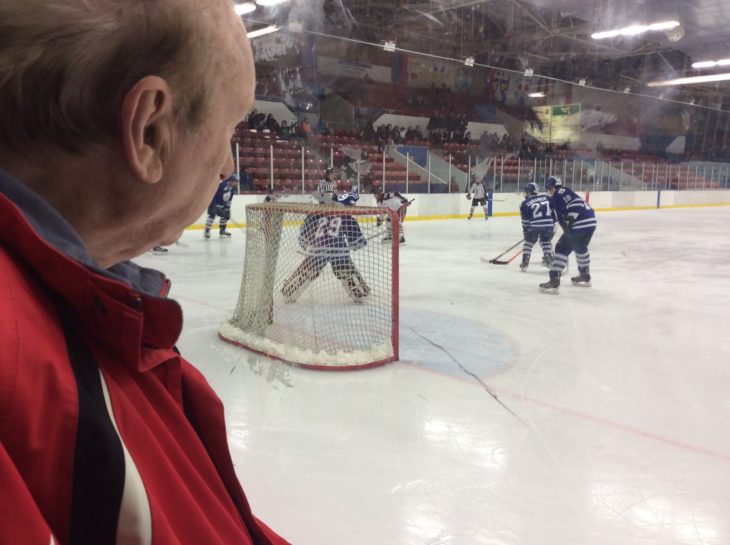 During John’s tenure, the Metropolitan Toronto Hockey League became the Greater Toronto Hockey League, the Ontario Hockey Federation was formed and more formalized agreements were established to make clear the eligibility of participants in the communities surrounding the GTA.  Under John’s leadership the GTHL was the first minor hockey organization to have every player wear the maple leaf on his or her jersey and he was instrumental in pursuing studies to determine the appropriate age for the introduction of body checking. He led the League through the implementation of governance changes that were the first in hockey. In 2004 he and Dr. Charles Tator formulated the first return to play concussion policy for players in the GTHL and John implemented the first set of penalties specific to illegal contact with an opponent’s head. John was also instrumental in the formation of the GTHL’s Aggressive Play Policy in 2008, which eventually led to incremental suspensions for repeated infractions throughout the Ontario Hockey Federation and Hockey Canada.

Off the ice John pioneered initiatives such as the introduction in 1996 of the Bell Minor Hockey Hotline allowing every player in the GTHL to hear updated scores and schedules on a daily basis, all recorded by John personally from his home.  His skills as a spokesperson for minor hockey enhanced the sport’s profile across the country and attracted many high-profile sponsors, some of whom went on to become national sponsors of Hockey Canada.

John’s proudest accomplishments included the start of the OHL Cup, an idea that he and Ontario Hockey League Commissioner David Branch partnered on. It has turned into a signature profile event on the Hockey Calendar, and one which includes a broadcast of the final game on Sportsnet each year.  One of his favorite teams was the All-Star team he put together to travel to Russia in 2006, which included players such as Jeff Skinner, Tyler Seguin, Tyler Toffoli and John McFarland.  The team never lost a game and brought the Tretiak Cup to Canada.

For his service to hockey, John has received a number of prestigious awards over the years, including the Government of Ontario Special Achievement Award (1995), OHF Minor Hockey Award (2001), the Queen Elizabeth II Golden Jubilee Medal (2002), Hockey Canada Order of Merit (2006) and the OHF Dr. Allan Morris Award (2010). John was made a Life Patron of the Ontario Hockey Federation in 2018. 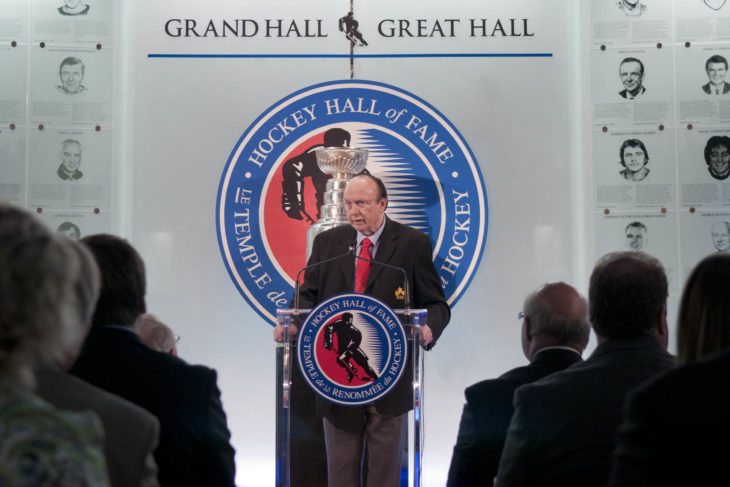 John’s accomplishments and contributions to the game and to the hockey communities across the GTA, Ontario and Canada are countless and he will be sorely missed.

A visitation will be held at the Morley Bedford Funeral Home, 159 Eglinton Ave. West (2 lights west of Yonge St.), on Thursday, July 4th from 2-4 (remembrances at 3 p.m.) and 6-8. (remembrances at 7 p.m.). Subway is Eglinton station and parking will be available at the North Toronto Arena (174 Orchard View Blvd.) and the North Toronto Community Centre (200 Eglinton Ave W). Private service and interment, Hopewell Hill, New Brunswick.

It would have been greatly appreciated by John that, in lieu of flowers, donations be made to the G.T.H.L. Legacy Fund (https://torontofoundation.ca/gthl-legacy-fund) to assist youth to play the game he adored or to the Sunnybrook Foundation att: Palliative Care (sunnybrook.ca/foundation) whose staff provided John such wonderful care these past few weeks.